Elegant duplex flat in Mahon harbour- Luxury duplex in quiet area of the port of Mahon, with parking space in the garage and storage room. It has 3 double bedrooms, 2 bathrooms. The living/dining room is spacious with large windows to the terrace and views of the harbour. A staircase gives access to the library of the house. The independent kitchen with custom-made wooden cabinets with window. The house has a lot of natural light thanks to the windows that overlook the private interior patio, where it has a laundry wardrobe. AACC, wifi

MAHON: Mahon is the capital town of Minorca.
The city is located on the eastern coast of the island. Maó-Mahón has one of the largest natural harbours in the world. A small but important Royal Navy Dockyard was established by the British on the north side of the harbour, opposite the town, in 1715. It served as the Royal Navy’s principal Mediterranean base for much of the 18th century, and remains in use today as a Spanish Naval station.
It is not a very large town, but retains building from various periods reflecting its history, especially touches of the British architecture with its bow windows.
The town hall is one of the more historical buildings, built in 161, which still bears the clock contributed by the British Governor Richard Kane. Right next to it you will find the gothic church of Santa Maria, which houses one of Mahon’s treasures, an organ with over 3000 pipes.
In respect of cultural buildings, the Theatre Principal is the oldest opera house in Spain, dated 1829.
The closest beaches are Cala Mesquida and Es Grau. 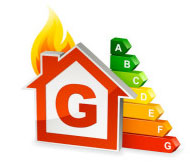